After 14 years of including Louis Lingg And The Bombs on our netBloc compilation series, we at blocSonic are psyched to be releasing their incredible new album “>_...checking system...disruption detected...”!! In addition to the album, we’ll be dropping a bunch of singles. This is where YOU come in… we NEED your remixes… STAT! More details below. 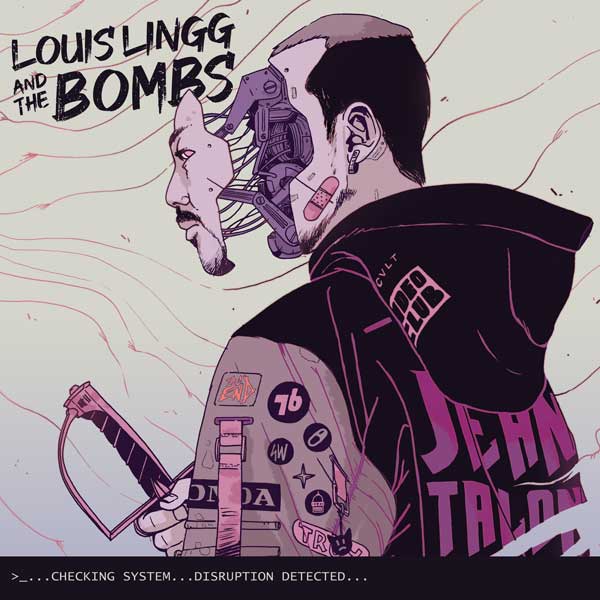 Are you a musician or producer? Would you like to be involved and possibly included on one of the forthcoming releases? Go ahead and grab the stems! Have fun and send your creations our way. See the text file included in each zip file for format specifics.

The following 8 songs are available to remix

About Louis Lingg And The Bombs

Louis Lingg and the Bombs are goddamn punk-rock-garage-pop-anarcho saviours of the 2 and half minute pop song. The bombs they throw are musical, they come from Paris (they could only come from Paris!) and they’ll grab you and demand your instant attention.

Formed in 2006, their sound is a mix of ultra-political anarchic punk rock and fizzing children’s nursery rhyme riot-pop. Laced with so much energy and a whole sonic attack of chaos and fizzy energy, they throw a crazy live party. They could start a riot in a phone box and regularly blow up little bars with pop Molotovs and bang bang boom boom punk rock energy!

The group is named after Louis Lingg, the famous Chicago anarchist who committed suicide on death row in 1887 after the first May Day protests. Some of their songs are ultra-political anarchic punk pop and some are children’s nursery rhyme riot-electro-pop. ALL of their songs are full of fun-fun-fun pop hooks! Party for the revolution!